Envisioned as a community mural project, the Hisar Mural Project was part of a park beautifying collaboration with the NGO Prabhaav Foundation for the O.P. Jindal Park in Hisar. The murals were conceptualised by The Kala Chaupal Trust and executed by muralists/artists Shikha Patel and Jyoti Saini.

The murals captured the history and heritage of Hisar through a presentation of it’s rich arts and culture and historical significance. The inclusion of aesthetics that are significant to the local fabric of people requires attention in most cities of India.

3500 sq feet of mural was painted over 20 days by 2 muralists with support from local communities.

There is a need to build socio-cultural relevance and aesthetics into the development of cities in India. It’s crucial to educate the new generation on the rich cultural heritage that is part of our inheritance.

Hisar a classic Tier-B town in Haryana, India has limited and literally no space for artistic pursuits. Hisar is well known for its steel industry and is therefore also known as “The City of Steel” and is also hosts the headquarters of Jindal Steel.

The O.P. Jindal Park offers an open space and an opportunity to create community interactions to support both performing and visual arts through artist walks, art performances and historical story telling. The city of Hisar was founded by a Muslim ruler, Firozshah Tughlaq in 1354 A.D. ‘Hisar’ is an Arabic word which means ‘Fort’. The city, which we know today as ‘Hisar’, was originally called ‘Hisar Firoza (also Hisar-e-Firoza) or in other words the ‘Fort of Firoz’.

The city of hisar was founded by a muslim ruler, firozshah tughlaq in 1354 a.D. ‘hisar’ is an arabic word which means ‘fort’. The city, which we know today as ‘hisar’, was originally called ‘hisar firoza (also hisar-e-firoza) or in other words the ‘fort of firoz’. RAKHIGARHI: AN ARCHAEOLOGICAL SITE OF THE INDUS VALLEY CIVILISATIONRakhigarhi

In may 2012, the global heritage fund, declared rakhigarhi one of the ten most endangered heritage sites in asia. Rakhigarhi, rakhi garhi (rakhi shahpur + rakhi khas), is a village in hisar district in the state of haryana in india, situated 150 kilometers to the northwest of delhi. It is the site of a pre-indus valley civilisation settlement going back to about 6500 bce.[2] later, it was also part of the mature indus valley civilisation, dating to 2600-1900 bce. ‘Ghoomar’ dance, the rajasthan folk dance owing it’s roots to the bhil tribes (in veneration to goddess saraswati) is the most popular dance. It was ranked 4th in the list of “top 10 local dances around the world” in 2013. The ghoomar is an all girl dance. It is popular in the areas that border rajasthan. It is performed on various festivals like holi, gangor puja and teej. The beat is kehrwa and they sing while they dance. The main steps consist of turning round gradually in a circle. Sometimes they form two rows and sing of their sister-in-law suiting the action to the words. Here also the tempo increases towards the end of the dance while the dancers whirl around in pairs.

Saang also known as swang (meaning “initiation”) or svang is a popular folk dance–theatre form in rajasthan, haryana, uttar pradesh and malwa region of madhya pradesh. Swang incorporates suitable theatrics and mimicry (or naqal) accompanied by song and dialogue. It is dialogue-oriented rather than movement-oriented. Religious stories and folk tales are enacted by a group of ten or twelve persons in an open area or an open-air theatre surrounded by the audience.Swang as an art of imitation means rang-bharna, naqal-karna.

“ek saarangi ek dholakia saath mein ade the rai” means one sarangi player and one dholak player joins the performance. This swang/saang performance was active at the time of sant kabir and guru nanak. The village and cottage craft play a pivotal role in the social and economic life of our country. These not only fulfill needs of our daily life but also act as mode of self expression and a source of income generation. Pottery, embroidery and handloom weaving are some of the famous crafts of haryana. Punja durries are familiar objects in almostvevery household in the villages of haryana and is mainly practiced as a leisure timevactivity by women. Learning about the community history through artistic visualisations and collective effort is an enriching experience. The hisar mural project development included students from local educational institutions, park sweepers, truck drivers, local children and other stakeholders. Led by artists shikha patel and jyoti there were discussions and deliberations constantly. Her art celebrated the joy of child like freedom in parks with open vistas and grass. THE SIGNIFICANCE OF HISAR 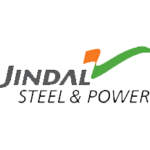